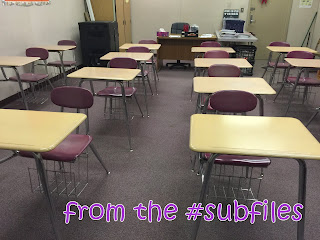 It was the last week of school. Monday. Tuesday through Thursday (the last day) were their finals. So, the Monday was all about finals prep.

Tenth grade world history. Special ed. Their final was on World War II, so I was to quiz them on what they should know.

I had been warned about third period. "All boys. Five of the six can be a handful..."

They arrived, and they behaved as advertised. Two boys sang songs in Spanish loudly. At the bell half the class wouldn't sit and let me start class. And as I attempted to get them to the task for the day, Thomas approached me.

Thomas held up his hand in the universal gesture of "give me a high five".

I'm always hesitant to high five students. It's not a natural greeting for me. And I wonder at the students' motives.

It was during this hesitation that I noticed Thomas' hand. And the tack held between his middle and ring fingers with the pointy end pointing towards me.

Thomas swore that he wasn't intending to hurt me. I'm not sure how he figured that. He can claim what he wants. Because of my hesitation, he got written up for attempting sticking-me-with-a-tack rather than sticking me with a tack.

(So many excuses/explanations afterward. He tried to talk his way out of it. I felt no guilt over kicking his butt out.)
Posted by Liz A. at 8:00 AM