On the Hook this Week

I am continuing to redo my pictures, but this past week I actually got some projects in as well.

I found this pin on Pinterest, so I had to try it. I'm just swatching at the moment, using yarn I already have. And I'm not quite finished yet. But so far... 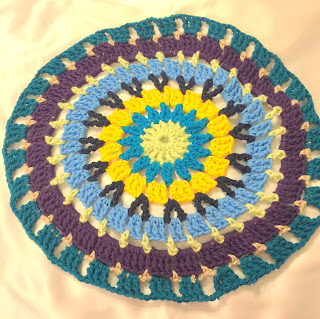 It got quite large fairly quickly.

Last week I had said I wasn't sure if I was going to list the unicorn gift card holder or not. (A couple links: first, the post where I talked about making it. Second, the actual pattern via the pattern designer, One Dog Woof.) Well, I did. List it. On Etsy.

And it sold about six hours later.

Right, then. This means I should probably make another. By Saturday night, I had... 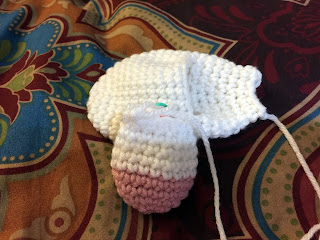 ...finished. I stopped here Friday night as this is the point when the face gets embroidered on. So, I embroidered the face... 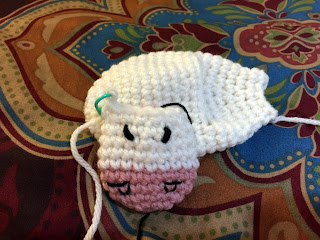 ...and... There was something wrong. He looks angry, doesn't he? I was going off the picture I had of the last one I did. But still. So, I ripped out the eyes and tried again... 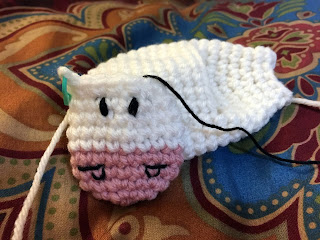 Better? At least he doesn't look angry any longer. Satisfied, finally, I finished up the head... 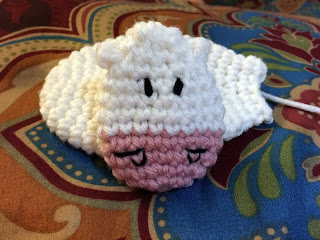 I then managed to finish the arms, but I still have feet and a horn to do. And then assembly. So, not quite done yet.

(I have not forgotten what today is the anniversary of. I don't have anything to add to the conversation, so I'm staying out of it. Although, if you'd like to feel old... It happened before this year's sophomores were born.)
Posted by Liz A. at 8:00 AM