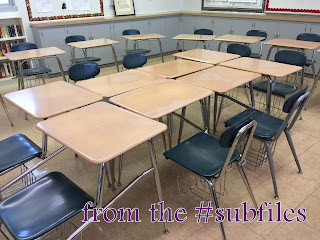 "Ms. S said you'd give blood if you were at the continuation high school on Tuesday..."

It was odd to get a call to work the next day at 5 PM. It was even odder to be called to cover the teacher who was running the blood drive. But then again, of course she couldn't be in class and run the blood drive...

I've subbed for Ms. S quite a lot recently. She told me about the blood drive a month ago. I did say I would volunteer, but it was likely that I wouldn't be on campus that day. Turns out I was wrong.

I did remember the promise. And it was a day of work. So, I took it.

The reason I've never given blood before doesn't have to do with a fear of needles or the sight of blood making me faint. I've just had really bad luck when it comes to having blood drawn. For example, the last time I had to have blood drawn for tests, it took them eight tries to find a vein.

Yes, I got stuck eight times. I felt a bit like a pincushion at the end of the day.

So, I wasn't sure what was going to happen at the blood drive. I promised myself that I'd let them try twice.

I got through all the intake paperwork. I went to lie down. And the nurse went looking for a vein...

Turns out I needn't have worried about getting stuck twice. After two blood drive workers failed to find a vein, they let me go.

At least I tried. (This is what I keep telling myself. It isn't making me feel any better about it, though.)
Posted by Liz A. at 8:00 AM