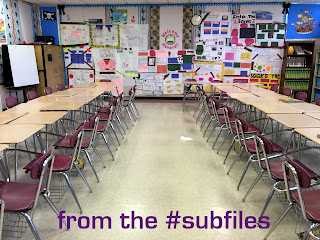 I didn't really get into the four days I spent in the forensics/biology class (three periods of forensic science, two periods of biology). I kind of ran out of time and space. But then the following week...

I had a 7th grade class work silently for the whole period. And I did not even ask them to do that. I had a class that by all rights should have been a disaster go smoothly. And I had a day where the classes were instructed to work silently, and they did. I do have weeks that go like that. Good thing the previous week still had stories left over.

Anyway, I was in this class for four days due to a sudden emergency illness (hospitalization was involved), which meant the week was fairly chaotic.

Day one, the students all descended on the rats... 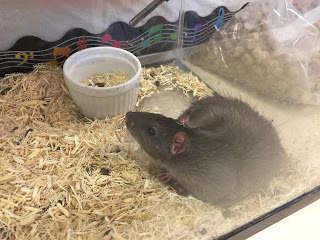 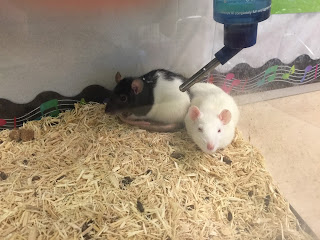 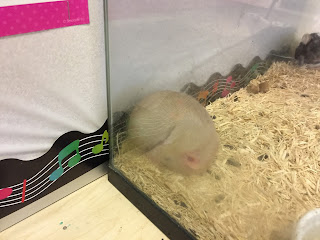 I tend to fret over pets in the classroom. Are they being fed? Do they have everything they need?

But they absolutely, positively must remain in their cages. Because they're not my pets. I don't know what's allowed. And if anything goes wrong, I'm ultimately responsible.

The first thing the students did? They took them out.

I put my foot down. "Put them back. Leave them alone."

Them: "Are you afraid of the rats?"

But they weren't hearing "no". In their minds, the only reason I wasn't allowing them to handle the rats was because I had to be frightened of them. (Apparently, handling the rats is permitted by the teacher. Cool. So long as the teacher is there to supervise.)

Fine. Whatever. I've given up denying stuff. The kiddos can believe what they want. They're going to anyway. And spending time denying it isn't worth the effort.

So, I sort of won that battle. The rats were put away. And stayed put away.

As did the snake. (Apparently it was hiding well as no one even attempted to handle it.)
Posted by Liz A. at 8:00 AM