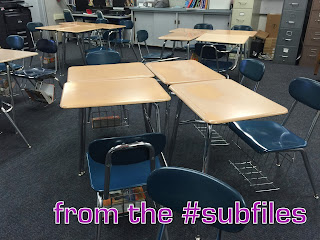 First period math "support". It was my fourth time covering this group, and I wasn't looking forward to it.

(It's a special ed class. The teacher has missed this period several times due to IEP meetings. I just happened to have a first period prep often enough to have gotten to cover. Pure luck.)

Small group, but they do nothing. And I couldn't convince them to get on task.

I've listened to conversations that I'd rather not repeat. Partying. Stuff they shouldn't be doing. I won't go into details.

I wasn't the only one with this problem. I had told Mr. L what happens while he's out. He informed me he had similar issues.

But this day, as Mr. L gave me the rundown of what they were to do, he explained that they finally had gotten in enough computers for all of them. So, instead of working on math, they were doing credit recovery. (It's kind of a long explanation, so just suffice it to say that I am familiar with this.) And things were going much better.

Dubious, I awaited their arrival. And they rolled in as per normal. But then a surprising thing happened. They got to work.
via GIPHY

I watched. I expected the usual conversations. While there was a little talking, they were mostly on task. One girl wrote an essay. (I got to proofread it. It wasn't bad.) One boy finished one assignment and started another. Another boy, who has done nothing every time I've seen him before, actually pulled up a science website for his current event for his science class.

Apparently, the lack of computers in the room was the issue. Who knew?

Sometimes I'm happy to be wrong.

Has someone ever surprised you in a good way? Have you ever been glad you were wrong about something? 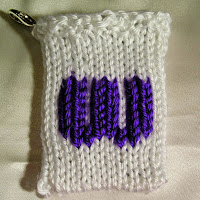