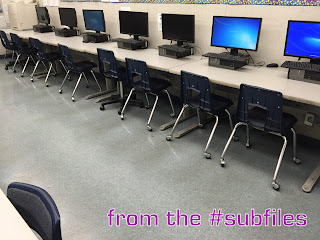 Um, yeah, so I'm totally cheating today. The girl in the story--not named Ximena. Although, I do generally change students' names. (They are minors, after all.) And I have run across a girl named Ximena. She's three years younger and a pleasure to have in class. Not blog-worthy at all.

(In case you're wondering, her name is pronounced "humena", so my title is an alliteration. Kind of.)

I was back at the continuation high school. It's been a while. The computer class. They were working on computer literacy, career planning, or the yearbook. Every class had some of both (although there was only one period of yearbook).

And, of course, there were the ones not working on any of the above. Even though they should have been. This was the continuation high school, after all.

But the boy was on task. It was an assignment on workplace safety. Things like how should one lift something and how one responded to fire alarms. He called me over to ask the answer to the last question, which was something about what causes back pain.

He chose an answer and hit "submit" for the whole thing. He got 79%. He needed 80% to pass. Helpfully, the submission screen gave him a list of what he'd gotten correct and what he'd missed. But he couldn't go back and fix his answers.

I wandered away. The next time I returned, I discovered the boy and Ximena working on the assignment again. Redoing it. Only this time, they were utilizing Ximena's phone. She had pictures of various screens--the question screens and the submission screen.

No, they said. These were the boy's answers. Ximena had just taken a picture. Of his answers. And whether they were correct or not. So, they could retake the questions and get them all right this time.

Deep sigh. Well, at least it was on task.

That next time through, he got 83%. So, he passed. And as that was the last assignment for the class. He had finished.

It just kinda left me with an odd feeling.

Would you consider that cheating? Or, was he just redoing his own work? What did you post for X today? Did you cheat, like me? 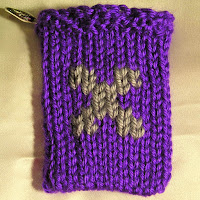