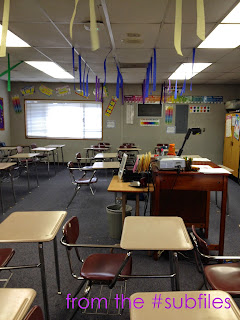 It was one of those fun roving days, where I was only in a class for a period or two. My day was to end covering two periods of 7th grade math.

The teacher gave me the rundown of the assignment while the first group was supposed to be working on their warm up. Then she left for her meeting, and I got ready to go over the rest of their worksheet. (They were finding the measure of the missing angle in a triangle.)

It was a bit of a train wreck. They wouldn't settle enough to let me go over what they needed gone over. Several students wouldn't remain seated. And a couple of those kept floating to a seat that was not theirs.

I had been warned that the second group was worse. So, during that passing period, I took a deep breath before letting them in.

Now, they weren't good. I still had attention issues. But they remained seated. In their assigned seats. And it was easier for me to go over what they needed gone over.

Their teacher returned 15 minutes before the end of the period. She asked how they were. I told her that this group was better than the period previous.

(They ruined it, though. On my way out, half a dozen of them started roaming... At least I know it isn't just me.)

Do you remember your 7th grade math class? (That's 12-year-olds for those not in the U.S. system.) Did you ever have trouble sitting still in class? 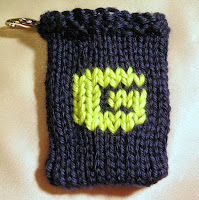