I think I'm all spidered out.

Since the painted-on glow-in-the-dark eyes didn't work, I finally broke down and bought googly eyes. And glued them over the paint job... 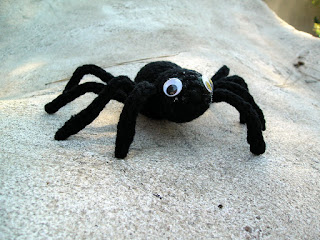 And now I think he looks like Toothless. But that's better than the creepy look he had before.

Per your suggestions, I tried using pipe cleaners for the legs for the twins. I rather like the way those turned out. Alas, I didn't have a chance to get pictures before I delivered them (I was down with a cold). However, when I gave the twins their spiders, the other two nephews requested spiders of their own.

The eldest nephew (HapkidoKid) asked that his be brown... 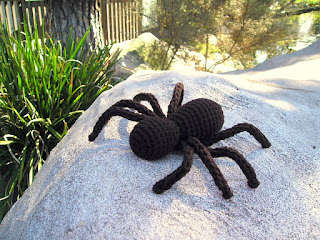 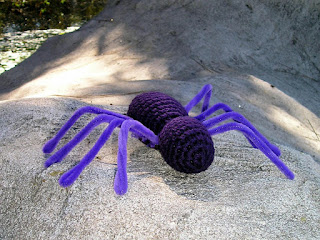 Ah well. Just to get an idea of what the twins' spiders looked like, I did a little photo manipulation... 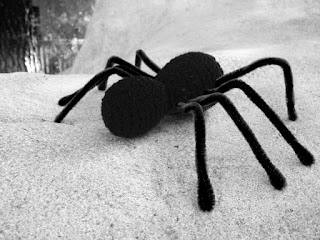 And now I'm done. Unless the nephews want eyes on theirs. (I've asked but gotten no answer.) I suppose now I should start thinking about Christmas projects. But it's been way too hot to think about Christmas.
Posted by Liz A. at 8:00 AM