Not Asking for Help 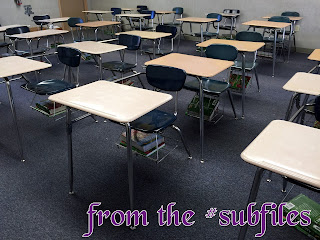 Algebra 2. It was Friday. The students had just had a test. Since the teacher had to be out, they were kind of between units. So, it was a make-work day.

So, nothing too terrible. But it freaked the kiddos out. Some students were so worried about how this would affect their grade. (I have a feeling she's not grading this, so it won't affect their grade at all. But I don't tell them this. Then they won't bother.)

I circulated around the room, listening to them puzzle these things out. Offering a bit of guidance when I could figure out the answer and they were clearly stuck. But for the most part they were figuring things out just fine on their own.

Then I ran across two boys who had pulled out a Connect Four game. Were they done? Nope. They had "given up". It was "too hard". It had "given them a headache".

I have encountered this phenomenon before. Rather than ask for help from me or a classmate, rather than see if they can figure it out, they just put the thing away and give up. Seriously.

I do not understand this. So, I tried to help the boys, but they weren't having it. They were done.

Then in the next class and the class after that one I found a couple students who did the same thing. They didn't "get it", so they weren't going to do it. Some had never seen the word puzzles before, so they had no idea what they meant. But rather than ask me, they just stopped trying. (When I discovered this, I explained what they had to do. Some caught on and kept going. Some, not so much.)

What happened to asking for help? They somehow managed to make it to algebra 2 (which requires the passing of algebra 1 and geometry, so it's no small feat) without doing anything that was too taxing on their brains? Really?