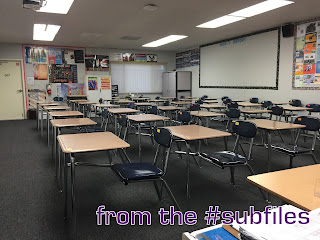 The first time I saw this (or, perhaps the first time I was aware of it) was during summer school. Apparently, it's the big new thing. It was ridiculously easy for me to find videos of this on YouTube.


Of course, all the videos I found were of successful attempts. Unfortunately, that's not what I've been seeing.

If you didn't watch the video, allow me to explain. They take a partially filled water bottle. (Usually of the half liter size.) Holding it at the top, they toss it so that it flips end over end once. The goal is to get it to land upright.

But, the students who do this in class end up failing more than succeeding.

There's nothing wrong with this, per se. No one gets hurt. It is sort of a skill. And there are much worse things that they could be doing.

However, it gets on my last nerve. When they fail, it makes a kind of loud wet splat. And they do this over, and over, and over again. (They do this when they're finished with their work. Yes, I check.)

Is it unreasonable for me to ban this from the classes I cover? I just hope it's a passing fad. Of course, the next passing fad could be so much worse.
Posted by Liz A. at 8:00 AM