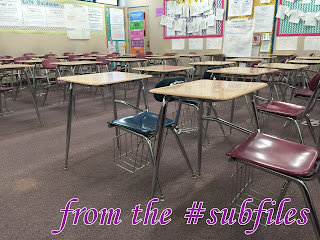 Tenth grade English. It was the Friday before Thanksgiving break. They had a project having to do with Macbeth, and so they were talking and working.

If I had a dollar for every time a student used the word "hurted", I would not need to sub. Normally, I don't say anything about it. There are many of them who are English language learners, and I don't feel the need to correct every one of their grammar errors.

However, this didn't start with me. Another student pointed out that "hurted" isn't a word.

The boy who had said it said of course it was.

Um, no. No, it's not proper usage. And now it was time for me to jump in and point that out.

Oh no. He apparently knows English usage better than I do. He informed me that it was correct.

We went back and forth. I told him to go ahead and look it up. He got out his phone. He found this entry from Wiktionary...

And somehow he seemed to think this proved his point. I asked him what century we were in. He got it right on the second try. I pointed out the "archaic" part.

Still, he would not be dissuaded.

Okay, fine. You can't convince someone who won't be persuaded by proof. So, I walked away.

I did, however, make a point of telling the teacher all about this at the end of the day. (She was on campus, so she returned to the room after school.) I mean, it's an English class, after all. Teaching proper usage is part of her job.

She knew exactly who I was talking about. And I have a feeling "hurted" is going to be on the agenda upon their return from Thanksgiving break. If only I could be a fly on the wall on that day...

(If you want a good laugh, look up "hurted" on Urban Dictionary. Apparently this issue is more widespread than I thought.)
Posted by Liz A. at 8:00 AM