Generous with Someone Else's Gum 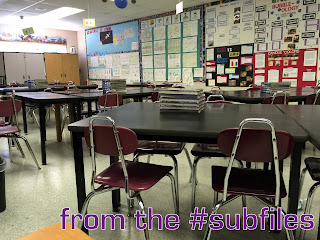 It was the Friday before the Thanksgiving break, and I had an 8th grade science class to boot. Ugh, right? Well, no. Actually not.

Surprisingly, they were pretty good. Talking. But on task. It was one of those days where I didn't have too much to worry about.

Fourth period, a boy got up and started distributing sticks of gum to half the class. As they were not supposed to be eating or chewing gum in class, I warned them all to not open them and start chewing right then. But I thought nothing much of it. The class was working pretty well, and the gum distribution didn't distract the class.

Renee had been summoned by someone (I don't pay much attention to too many details when the office calls for a student) for something. She looked at the two boys across from her and demanded her gum back.

The boys denied having her gum. Well, at that point it was true. (The boy had tossed the empty gum packet.)

Yeah, I wasn't about to let that pass. I told Renee what had happened to her gum. And she was not pleased.

Again, this could have gone really, really badly. Instead, they debated the flavor of the gum. (It was mint. The boys seemed to think it was peppermint.) And Renee insisted that the boys replace the gum. Which they sort of, kind of, hinted that they might just remember to do someday.

So, that incident went into the note to the teacher. Because Renee's going to need backup if the boys then try to claim that they don't owe her a pack of gum.
Posted by Liz A. at 8:00 AM