Sydney is the New Brittany 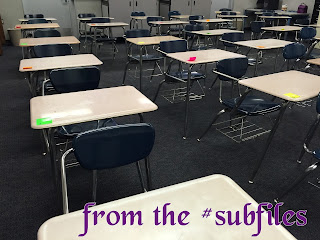 School restarted last Monday. And I was working. All that week. Long story, and I'm not going to bore you with it. Suffice it to say that the new subbing stories start now in earnest.

I have a rule against using actual student names, but I'm breaking it today. Not to talk about a specific student, though. To talk about a naming trend.

Dear new parents of 2002, why did you all name your girls Sydney? Was it the Olympics? Was it Alias? What?

Because, seriously, I have two Sydneys in two different classes. And another Sydney or two sprinkled in the others. And they're not all spelled "Sydney". There's Sidney, Sydni, and a couple other spellings I forget. But since they sound the same... I even have two Sydneys with the same last initial in one period. (Who I stupidly sat next to each other...)

As times change, so do names. That name used to be Brittany. A couple years back I was shocked to find three Abigails in one class. (Although, I think those are the only three Abigails at that school.)

Of course, the big girl's name is Jasmine. I encounter at least one a day still. That name has staying power. I've seen it spelled a myriad of ways. Jasmine. Jazmin. Jasmyn. Etc.

Ah well. At least now I have a good general name for an 8th grade girl that won't single anyone out. Since there appear to be a lot of them.
Posted by Liz A. at 8:00 AM