There is something kind of fun about ripping out a project. I have to block out thoughts about how long it took to make those stitches and turn the whole thing into kind of a Zen exercise. Impermanence, kind of like those sand gardens.

Once I'd fully ripped out the Yaddo Cardigan and the yarn was wound into balls, I felt a pang of regret. I so wanted a lightweight cardigan, something that could take me from fall to spring.

Which meant that I needed to find a pattern that wasn't going to make me crazy while knitting or crocheting it.

I went on a pattern search. But nothing hit me in the right way. It was too heavy. Too easy. The wrong shape. I wasn't finding my Goldilocks pattern, so I set the search aside. And that's when it hit me.

I could design my own.

There's this pattern stitch that I found in a stitch dictionary a long time ago that I've been itching to try. But no project has been right for it. Until now.

But, before I can knit a sweater, I have to figure out a bunch of things. And before I can do that math, I need to make a gauge swatch. So, I cast on a bunch of stitches and began knitting.

I think I was on row two when I realized that I used the wrong decrease stitch. Normally, I'd rip back to that point and fix it. But I had an epiphany. This was a practice swatch. I had no reason to fix any mistake.

Because I'm a bit of a perfectionist, at least with my knitting. I know a myriad of ways to go back to fix my mistakes. I've been known to rip out half a project when something has gone terribly wrong.

But there's no reason to fix a practice swatch. None. No one's going to see it. I'm never going to wear it. Why spend the time fixing a mistake in an object that doesn't need to be perfect?

Then two rows later I made some indeterminate error, and my stitch count was off. I ripped back before I realized what I was doing. Never did find the mistake, but I did manage to get the stitch count right, and I continued on.

So, the swatch is a mess, but I'm making fewer mistakes now. And soon, I'll have a pretty good idea of how to work this into a sweater. 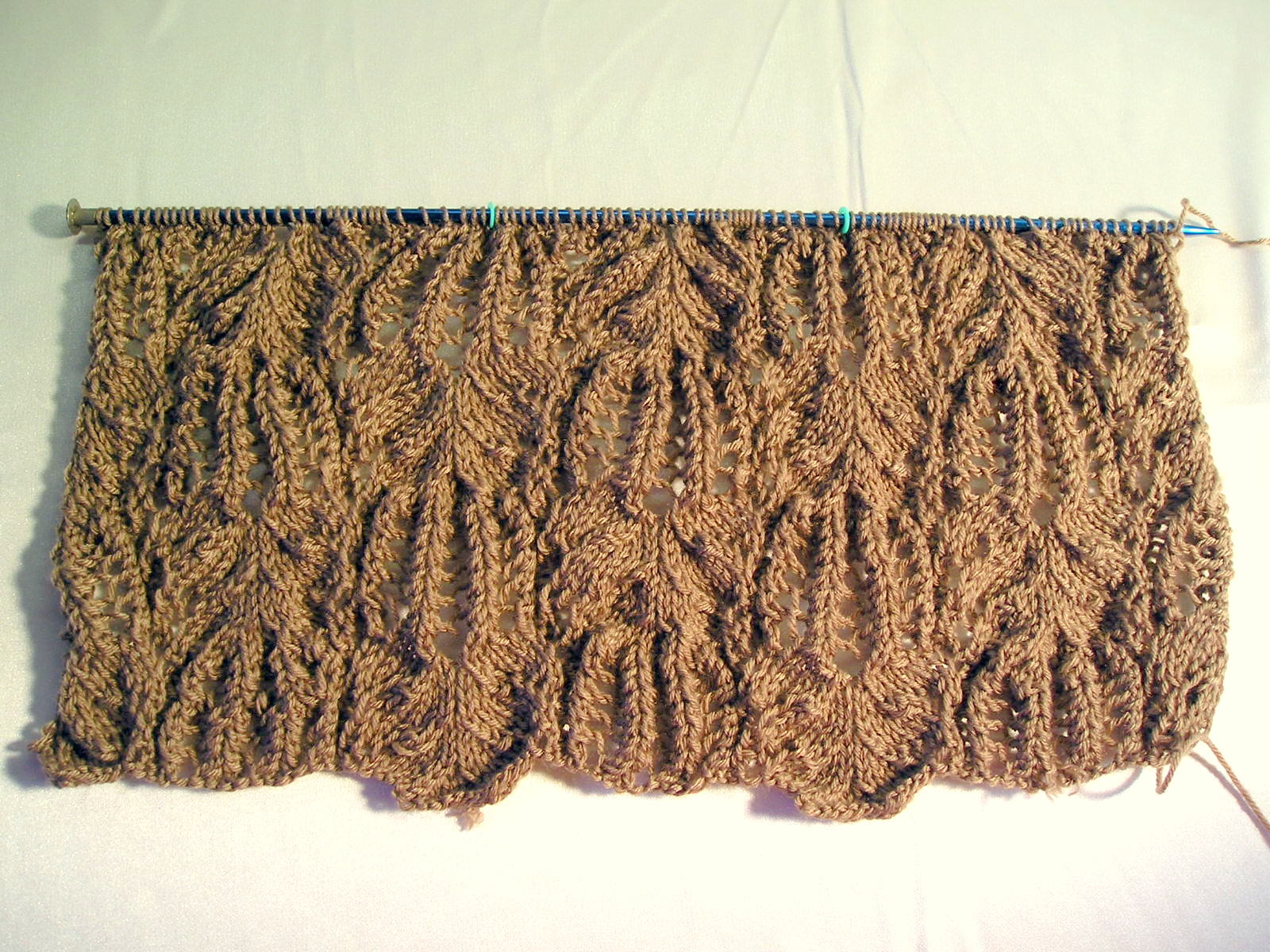