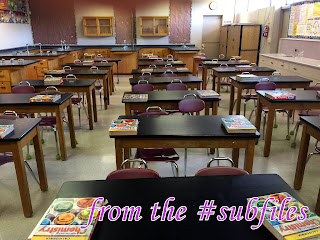 For the first four days of the six day chemistry assignment, we were watching The Day After. (They then had a writing assignment about nuclear power.)

It was period 4, the difficult group. I had just been shushing them again, so I stood and moved to a different spot where they could all see me. Glaring at them.

On screen, two characters had emerged from where they were holed up after the nuclear bombs had been dropped. The girl was having an understandable meltdown. The guy was trying to get her to go back inside, trying to explain that the radiation in the air was dangerous.

"What do you think killed all these animals?" he asked.

A boy at the back of the room responded. "White people."

(Go to about 4:54 for the scene in question. I couldn't get it to embed at the proper time code.)