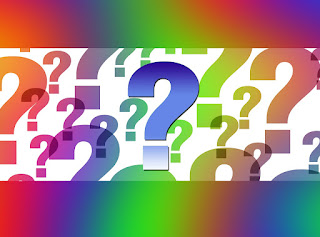 At the heart of much speculative fiction (and fiction in general) is a question. What if? On Tuesdays I like to throw one out there and see what you make of it. Do with it as you please. If a for-instance is not specified, feel free to interpret that instance as you wish. And if you find this becomes a novel-length answer, I'd appreciate a thank you in the acknowledgements. 😉

I have my klutzy moments. The other day, I stepped out of my father's car, and as I shut the door, it caught on my leg. It was just a nick, but...

"I think your car has developed a taste for blood," I told my father.

I meant it as a joke, because a few months ago, a similar thing happened to his wife. Although that time it was a much bigger deal. She really scraped her leg up, and it took a while to heal.

But, because I do have a bit of a twisted imagination (and we're all aware of Christine)...

What if you discovered your car had a taste for blood? What if a series of minor accidents (of the nick-a-leg variety) started happening? Would you wonder and/or worry? Or would you chalk it up to a twisted imagination?
Posted by Liz A. at 8:00 AM