There's a point in the project when it goes from "just started" to "almost finished". I suppose most people have more of a middle ground, but not me, and not with this project. Last week, I had "just started". 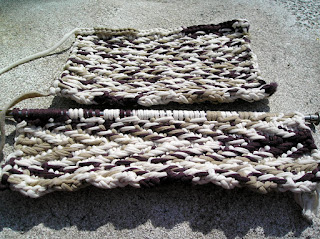 On my birthday, I made quite a lot of progress. (Note: I wrote last week's blog post before my birthday, but it posted after.) 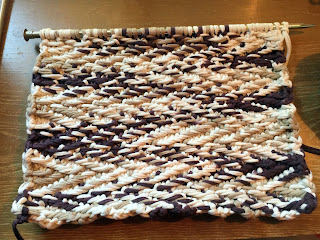 And suddenly, I was "almost finished". By Friday, I had completed the main body piece. 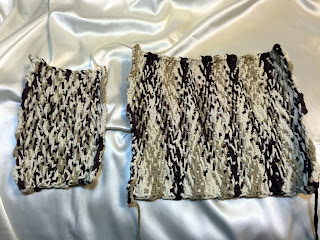 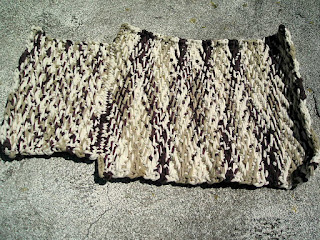 And now I have something new to contemplate. I kind of like how this looks... 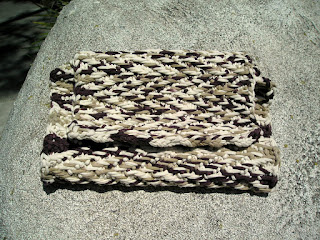 But I kind of want more of a slant on the purse's flap. Something to play with.

I'd like to say it'll be done by this time next week. It's possible. But I have been known to spend weeks on the finishing up of a project.
Posted by Liz A. at 8:00 AM