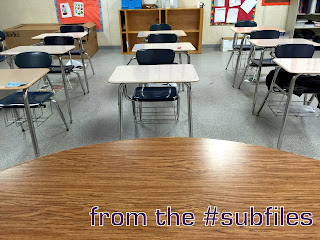 There are some things that I don't see when I'm in a class one day and out the next. Little dramas that play out over days. So, six days in one class gave me a different perspective than I normally get.

On the first day, Kenya declared that she wanted to be famous. But Kenya is more interested in something else. Boys.

The IAs clued me in to Kenya's obsession, but I figured out the object of her affection on my own. And he's completely oblivious.

She would say "hi" to him in that fawning way we girls sometimes have, and he kept on walking by. She tried to engage him in conversation, but he was more interested in watching videos on a tablet with his friend. It seemed like she talked to his back quite a bit, and if he heard her, he's doing a great job of pretending that he didn't.

On Friday, we finished their reading assignment early, so Kenya and her toady Brittany had some time to "draw". Only, they didn't draw... 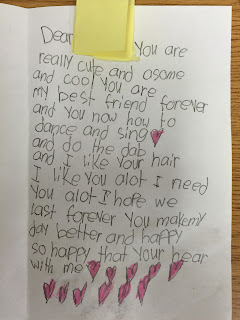 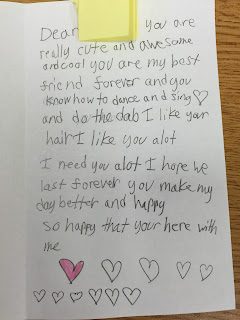 They each wrote one to a different boy, but they wrote the exact same thing. And as they did it, they covered it up, but not well enough for me not to know what they were up to.

I figured it was harmless enough, but the IAs were concerned. The notes were confiscated.

Later, they told me that Kenya's affections only lately transferred to this boy. Her previous crush... Well, something turned her off him.

This was Friday, and they had an end-of-year party in the afternoon. The club was going to hold elections for next year's officers during the party. At least, that's what one of the IAs told me when one boy spent a lot of time chatting up a bunch of the kids.

He was general ed (the club was a way for the special ed kids and general ed kids to interact in a social setting), and he was confident. He made a point of saying something nice to Kenya and Brittany. And I could tell Kenya's head was turned.

Well, at least this boy was better than the last one. I think. Maybe.