I learned to knit when I was 16, which means I've been knitting for the better part of three decades. I've tried many different types of stitches. I've completed many, many projects. If it's knitting and I haven't done it, I probably have seen it done, and I could probably do it.

But not Kitchener stitch.

Kitchener stitch is a way of grafting two pieces of knitting together so that the piece then looks seamless. It's a great idea in theory. And it's not really that hard to do. I've seen it demonstrated many, many times. I've attempted it many, many times.

And every time the thing comes out looking sad and pathetic.

So, I was between projects, and I saw this hat demonstrated on Knitting Daily. It was cute. And I knew I could do it. Only, the thing was bound off using a tubular bind-off, which requires the use of Kitchener stitch.

Oh, maybe I'll be able to make it work this time. 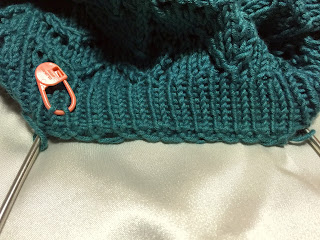 After working the four set up rows and preparing everything, I did the Kitchener procedure and this is what I got. Not how it's supposed to look.

Rather than make myself crazier, I ripped that all out (including the four set up rows) and just did a bind off that I knew would work. It doesn't look as nice as the tubular, but at least I maintained my sanity... 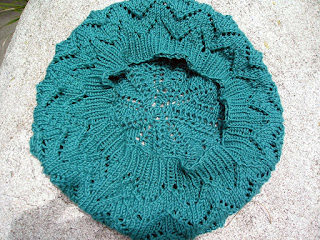 It's still a pretty beret... 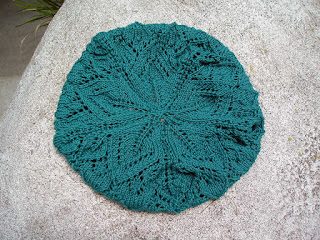 (I haven't had a chance to block it, yet. But you can still get the idea.)