I've been working on little knitting and crochet projects. That seems to be where my brain is at right now. So, I might as well go with it.

According to my Ravelry projects page, I finished these at the end of August... 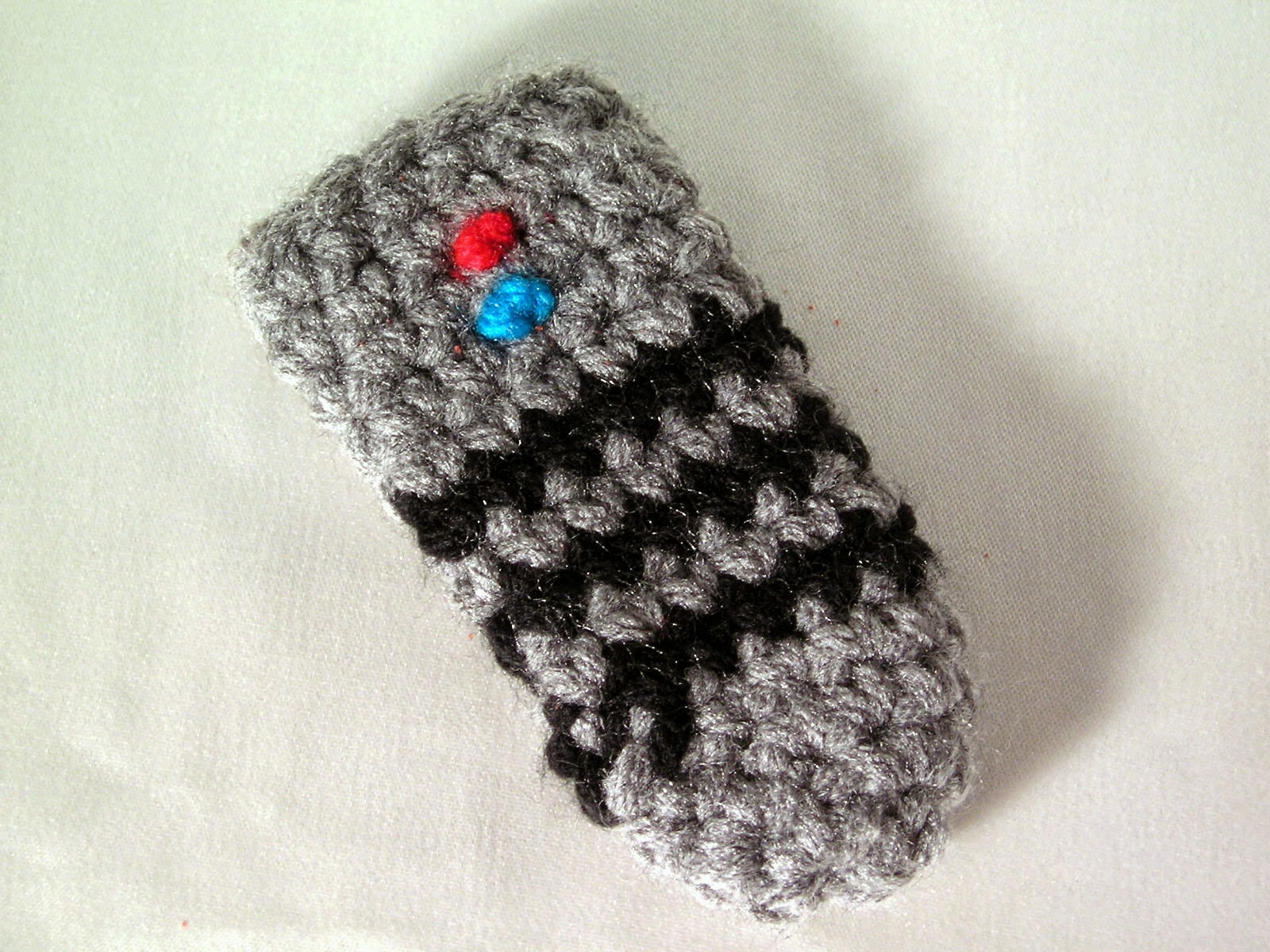 What is it? It's a little thing that goes over the end of an Otter Pop. To keep little hands from freezing or to help insulate the pop--I'm not sure which. But I thought it was a cool idea. It's supposed to look like a lightsaber hilt.

I'm not sure where I first saw the idea, but the pattern is here. If you crochet, it's a very easy project. I made three in almost no time at all. (I'll sell you one if you want to buy one from me. Just let me know.)

The other thing is something I've had in my head for a while, but it took a panic to actually get it made. My sister-in-law's birthday was last week, and someone kind of let things go until the very last minute. (Oops.) 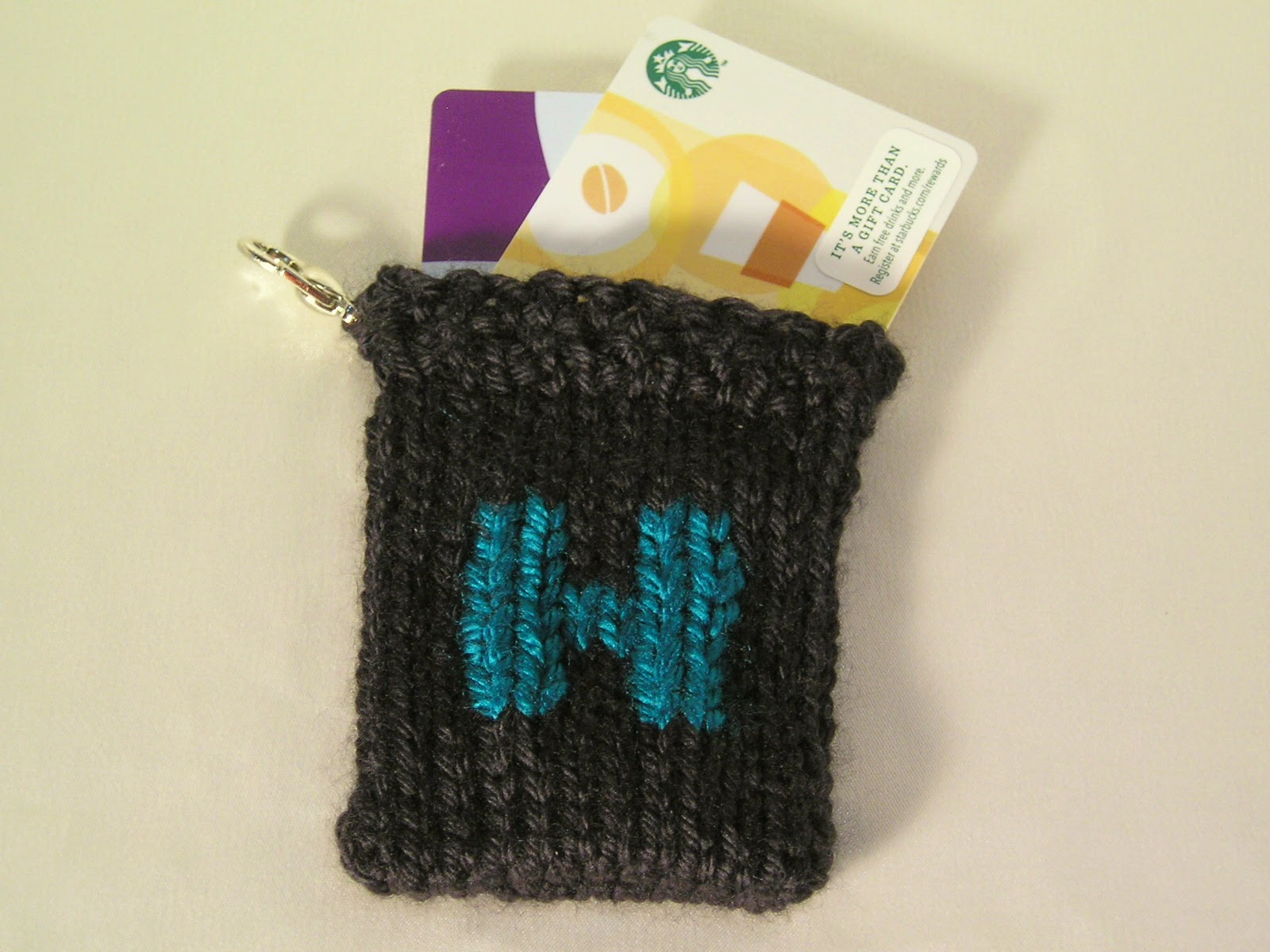 So, I did what last minute gift givers always do. I wimped out and got her a gift card. But I made her a little something to put it in. And I put her initial on it.

I rather like how it turned out. Of course, it took me three tries before I got it kind of where I wanted.

What do you think? Might these be a good idea to add to my shop? Or are they more trouble than they're worth?
Posted by Liz A. at 8:00 AM