I got a nook rather than a Kindle.

(I know, stupid me. But I like my nook. And I've always been a bit weird.)

I love having an ereader. I read all the time. When I first got it, I contemplated buying it a cover. Then I realized that I could just knit one. 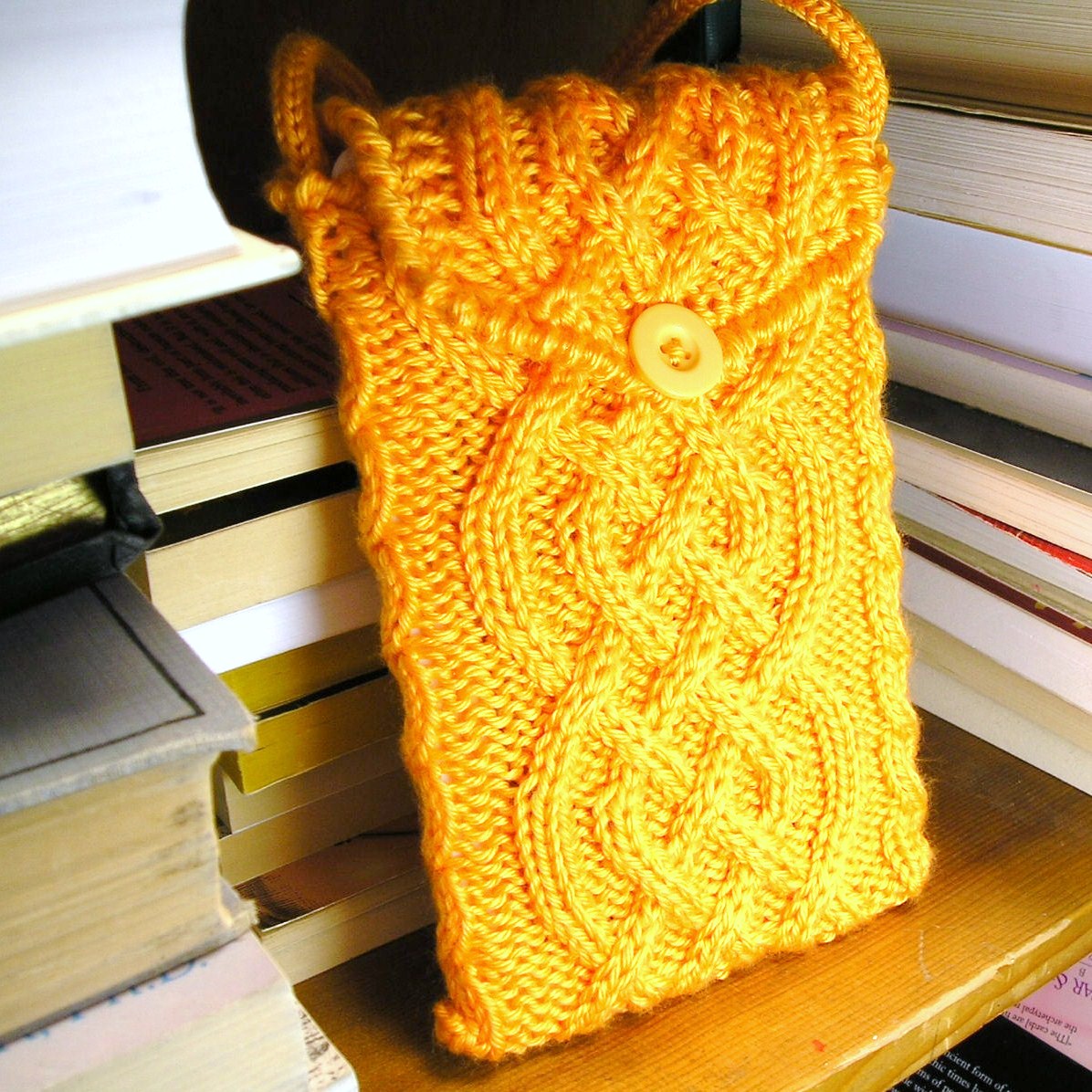 The thing about the nook is that it's a pretty standard size. Most of the mini-tablets and the tablet-type Kindles are about the same size (about 5 inches by 8 inches). So, I then made some for Zizi Rho Designs. Then I published the pattern so knitters could make their own.

But I didn't stop there. Next, I made a pillow to prop the thing up... 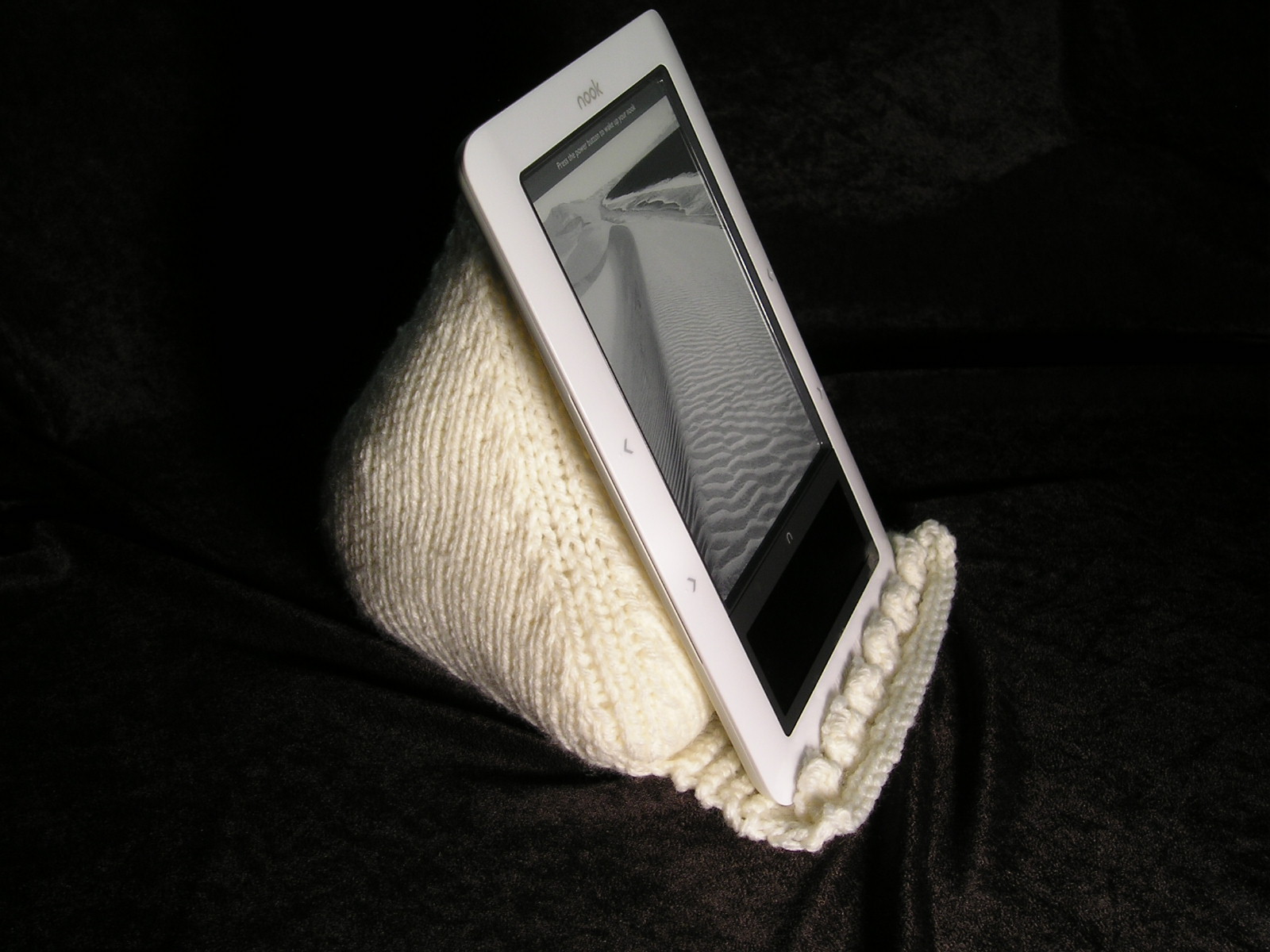 And when I posted this picture on Ravelry, the response was so positive I decided to post the pattern as well.

But that pillow was always just the rough draft. I spent some time last year working on a better version, taking the lessons from the first one, and I made... 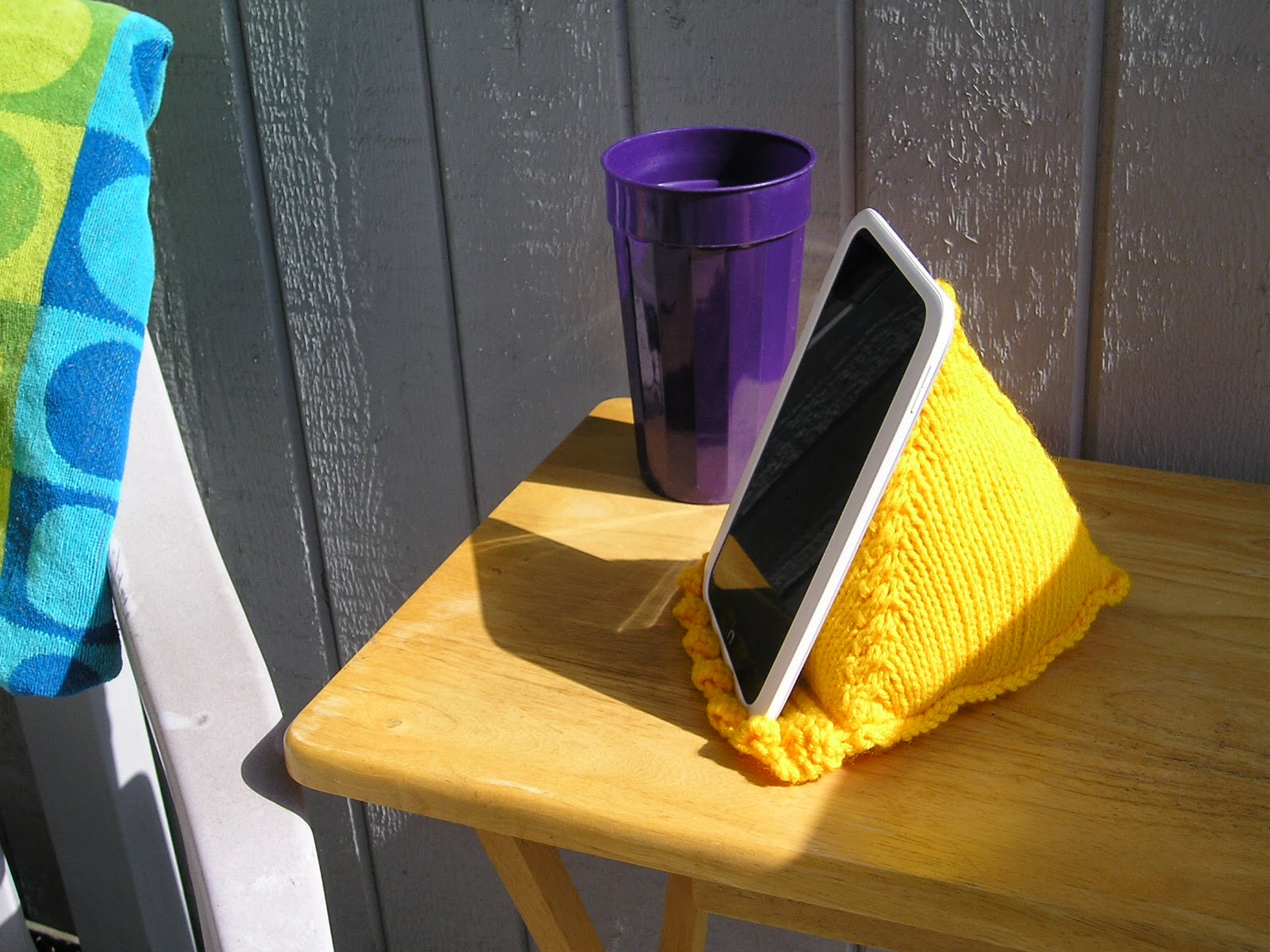 As I worked on this pattern, I realized that people have full size tablets and smartphones that could use the same treatment, so I sized the pattern up and down... 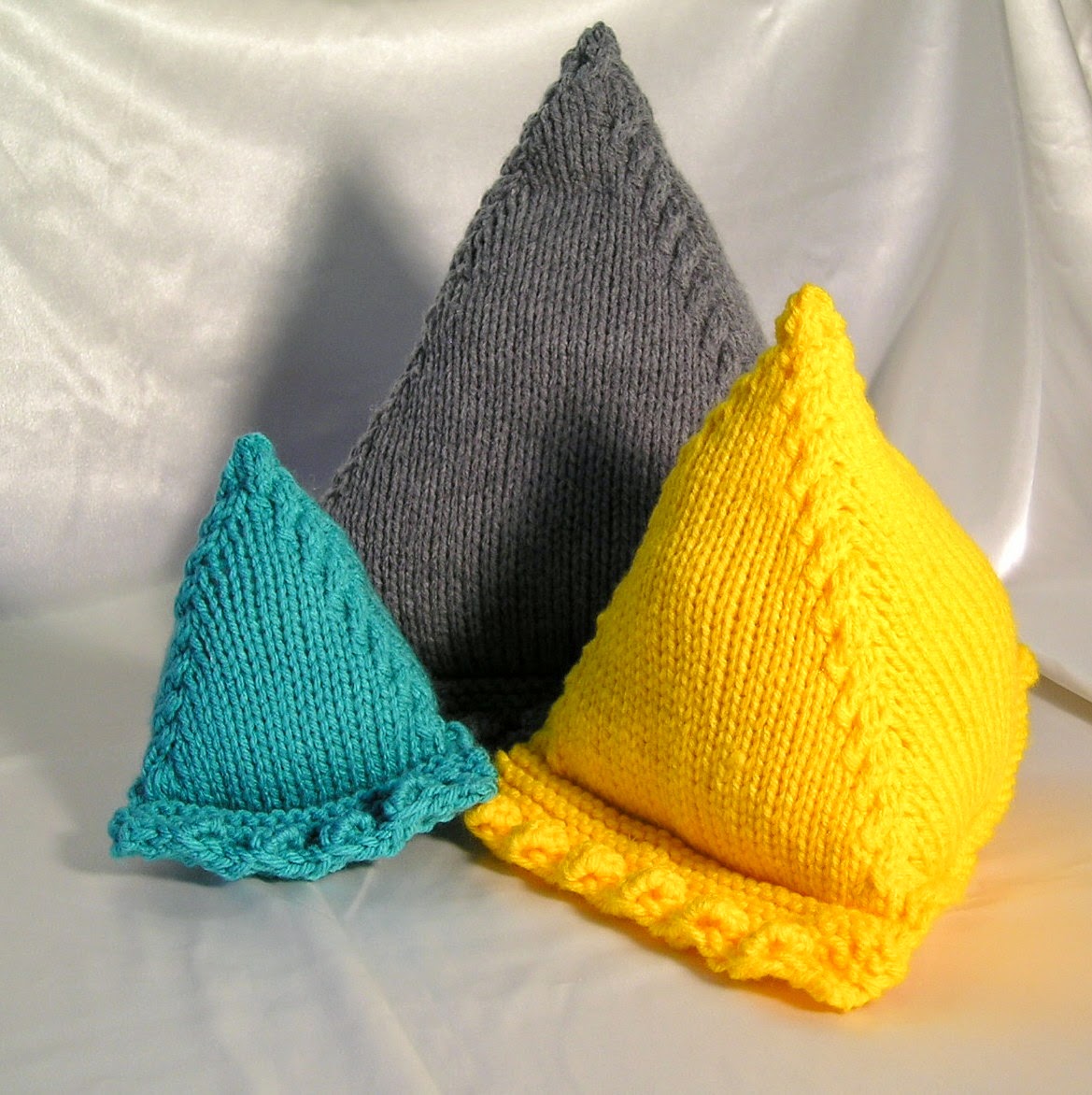 (All three sizes are included in the new pattern.)

I don't have the pillow props made for my shop. I don't think there's really a market for them. What do you think? Should I include them in my shop? Or do you think that those who want one would rather knit it themselves?
Posted by Liz A. at 8:00 AM

Email ThisBlogThis!Share to TwitterShare to FacebookShare to Pinterest
Labels: a to z, knitting, patterns, SBP