It took them a while to get me a class set of geometry textbooks. But once they were in, I found that it was easier to not use them. I had sort of a rhythm going. (Don't worry. We were using workbooks they already had.)

But then one day I needed to use the textbooks. So, we passed them out. But because of the way the day was configured, I wanted the books collected and put back at the end of the period. 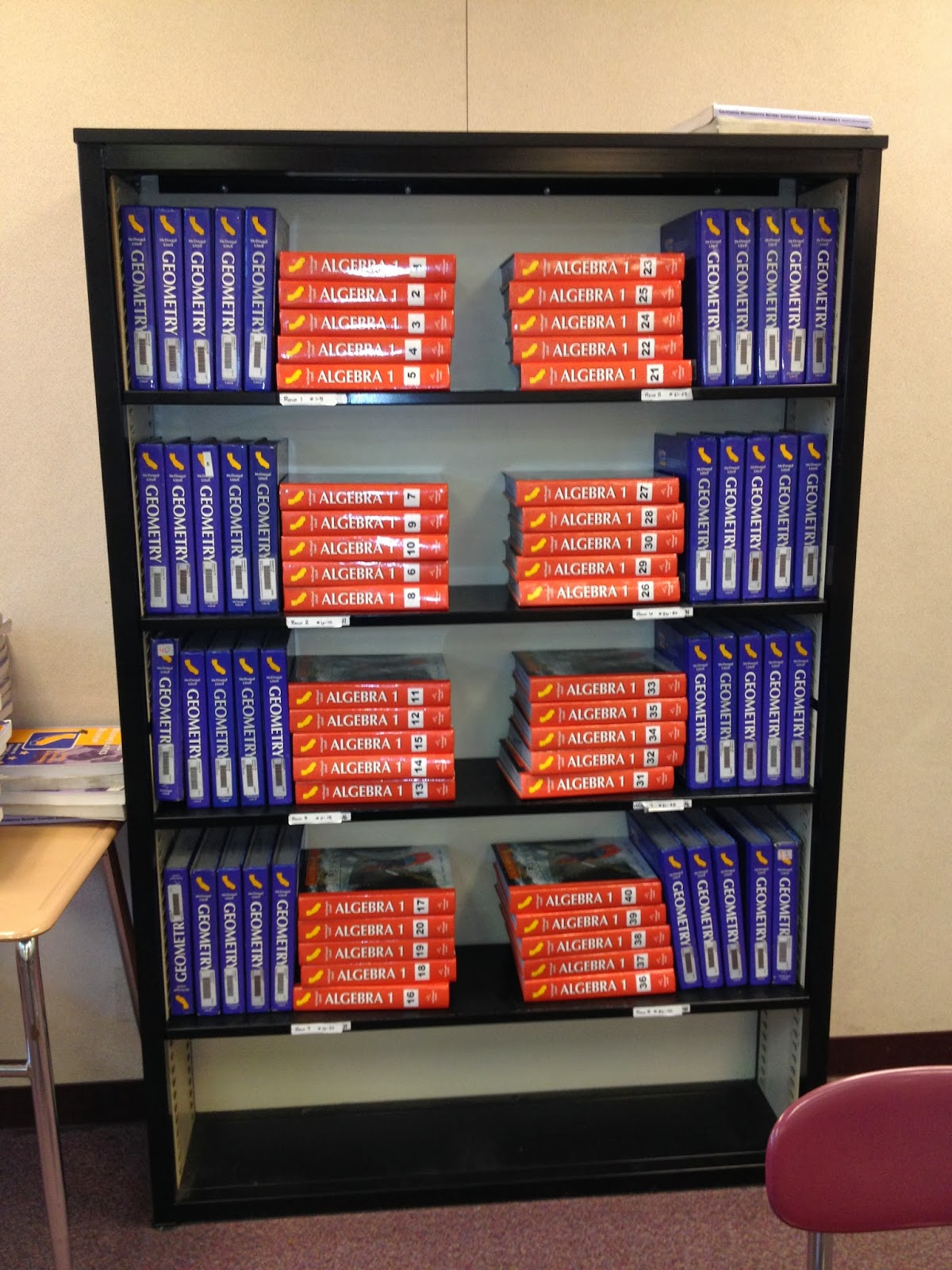 The shelves were neatly arranged. Five books would fit on each half of the shelf. (I'm so glad I took a picture of this. I can't describe accurately what the configuration should look like, but I can show you easily.) The geometry textbooks are the blue ones. The red ones are the algebra 1 books.

At the end of the period, I had a student from each row return the books. I explained that there should be five books in each slot. And they managed to put everything back where it went. Except for one student.

One student was out in the restroom when it was time to put back books. When he returned, he had a book to replace. He went to the back bookshelf...

I watched. I wondered if he would figure it out on his own or if I would have to explain.

He looked at the shelves. As his was the only book not put back, there would be one slot open for him. Sure enough, he found the one section with four books and put his book there.

And I didn't have to say a word.

I was impressed. It's good to know that the geometry students can figure it out without my input. I hope this bodes well for the rest of their school year.
Posted by Liz A. at 8:00 AM