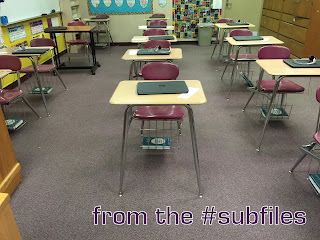 Middle school math class, special ed. But, for a change, they had a fun activity. They were to play games on the computers. Math games.

The first one was a cashiering game called Cash Out. The second was called Garage Sale Wizard. (Click on the links if you want to try. There's a whole website with these sorts of games.)

They got started. Then one boy informed me that I owed him a dollar.

Upon closer examination, I discovered that the "prize" for winning the game was a "certificate" that they could print out with money depicted. Not real money.

When I explained this, the boy wanted to print out the certificate right away. I explained that he could save the thing to his cloud and print it out at his leisure. And keep playing.

Well, he bored with the game pretty quickly. I assume because he was having trouble.

Why do I think he was having trouble? That "dollar" he "won"? Was a low end prize. Other students won ten dollars or up to fifty dollars.
Posted by Liz A. at 8:00 AM